From 2.02 to 12.02 in the Pedagogical college named after M.O.Auezov, an intracollege competition «Shaken zhuldyzdary» was held among the 2nd year students, dedicated to the birthday of the graduate of the pedagogical school, People’s Artist of the USSR, laureate of the USSR State Prize Shaken Aimanov. The competition was organized with the aim of promoting the idea of the Head of State «Rukhani zhagyru», promoting the life and work of Sh. Aimanov in cinema, public, aesthetic views, talent and energy of works, promoting the formation of the young generation as a qualified person, improving creativity, developing pedagogical skills through acting skill.

Participants of the competition were able to show their acting skills by playing the role of one hero in the films «Angel in a skullcap», «Aldarkuse», «Dala kyzy», «Our beloved doctor», «The Legend of Love», «Zhambyl», «The End of the Ataman», » We live here.  Summing up the results of the competition, the performing skills of the participating students, the preservation of the original, acting skills, the culture of dressing and behavior were taken into account. According to the results of the competition, the first place was taken by the 22a group (tutor: Shomanova G.K.), the second place was taken by the 25th group (tutor:  Oralgazina G.M.), the third place was taken by the 23rd group (tutor: Orash M. Zh.) and 21 groups (tutor:  Suleimenova M. B.). All the contestants were awarded certificates.

In addition, during the educational hours, students of the first year of the college were familiarized with the life and work of a figure of art and culture in honor of Sh. Aimanov’s birthday. During the educational hour, slides, drawings and film excerpts related to the topic were shown. The instilling of spiritual and moral qualities in students studying at our college is carried out in a coordinated manner, consistently in every lesson, in every extracurricular activity 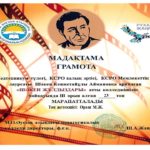 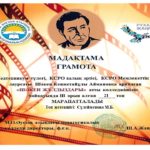 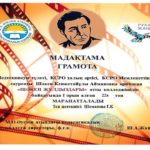 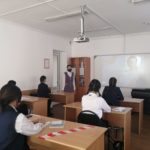 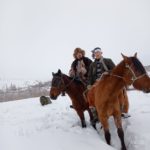 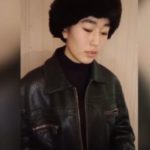 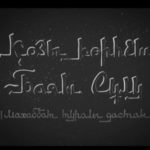 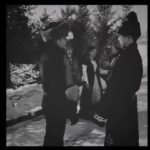 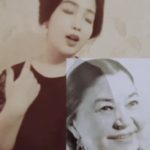 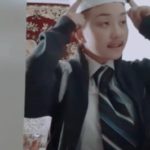 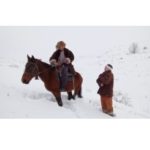 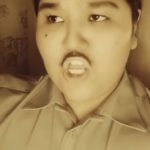 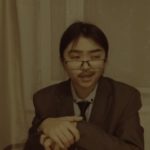 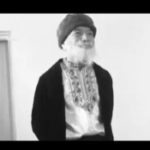